This is a sentence used time and again to comment on things that are assumed to be easy. And indeed it’s true. Rocket science or space science is no easy subject, and it only gets tougher when you start applying it on real projects. But this didn’t stop some of our seniors from building their satellite and getting it launched into space.

The Student Satellite Program was formally established in the year 2008 by Saptarshi Bandyopadhyay and his undergraduate friends after attending a talk held in the Aerospace Department with the thought of having a satellite built by students. The team started and continues with the vision of transforming IIT Bombay into a center of excellence in space technology. The team took around 8 years to witness the glorious launch of their first satellite, Pratham, launched on 26th September 2016 onboard ISRO’s PSLV C-35.

Constructed by a team of hundreds of devoted students belonging to various departments of the institute throughout the journey of 8 years, Pratham was IITB’s first foray into the field of space technology and brought various honors to the team and the institute. Pratham could fit within the dimensions of 30.5cm*33.5cm*46.6cm and weighed 10.5kg. The satellite’s payload involved measuring the Total Electron Count of the ionosphere which is used to correct ionospheric errors for differential GPS. Pratham’s beacon signal was received on 28th September 2016, and then again in December at our institute’s ground station, ultimately providing the mission with a success of 90%. The downlink signal was never received because of which no payload data was generated. 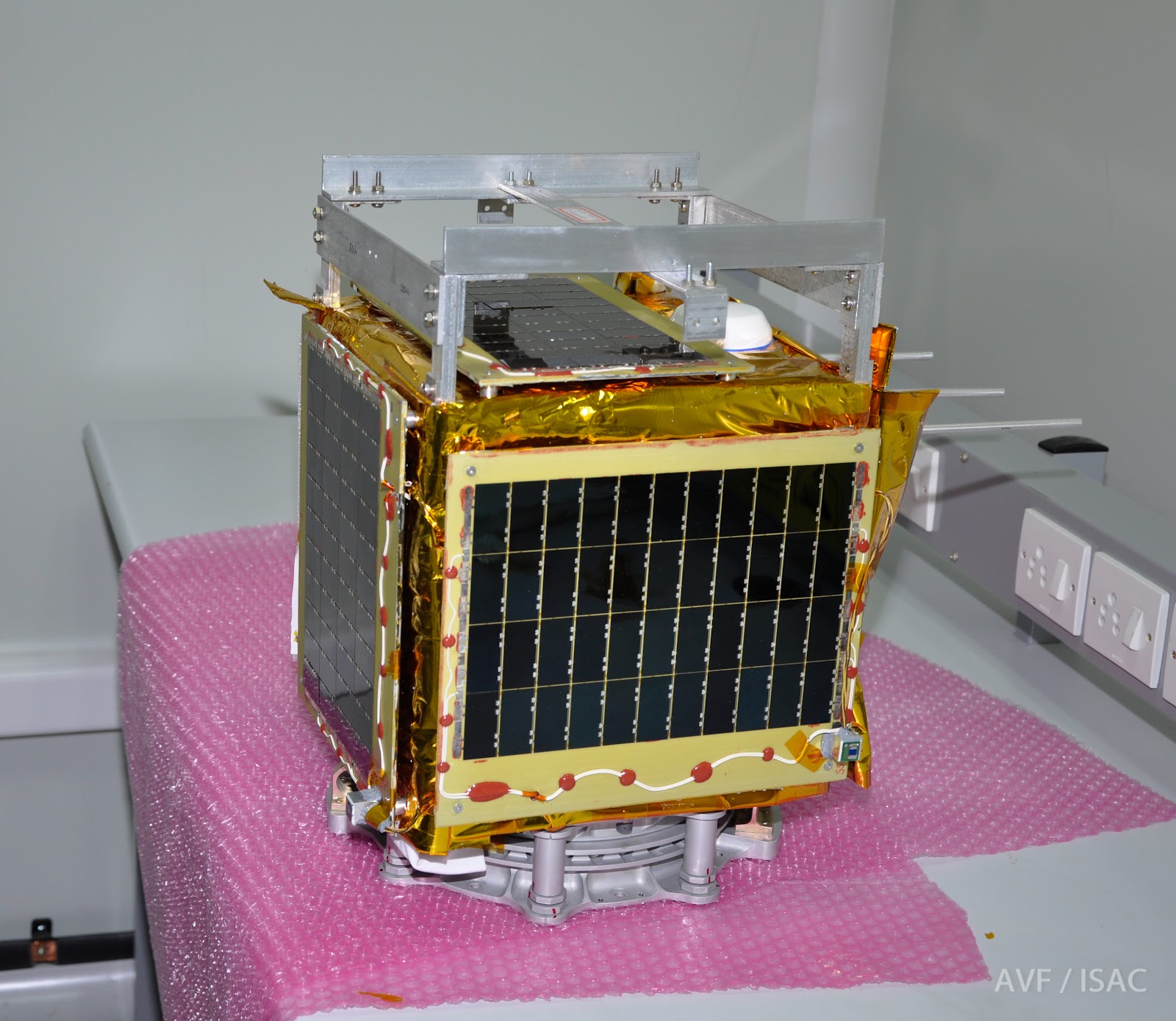 After the success of Pratham, several members of the team penned down their learnings and experiences, right from the inception of the team to the launch of the first satellite, and these were compiled in the Satellite Wiki 101. The Wiki is a comprehensive guide, not on how to do what this team did in Pratham, but on how to make a satellite out of one’s own idea. The Wiki receives thousands of viewers every month from all parts of the world.

The team also published a paper on the ‘Learnings from Pratham’. It was an analysis of the successes and failures of the mission and the reasons for the same. The major aim was to ensure that the mistakes of the past didn’t get repeated.

All those learnings are incorporated in our work, specifically Quality Assurance (QA) practices to ensure reliable system development. As one of our ex-Project Managers says, “Space doesn’t give you another chance.” Hence QA practices have been imbibed in the team thoroughly.

Currently, the team, with a strength of 75+ students, is working on multiple space systems. The tasks fall under various subsystems like Mechanical, Electrical, Communication, Instrumentation and Guidance, Navigation and Control (GNC).

Our current projects include:

In CubeSats there are various space constraints due to which attaching rigid antennas for communication is not feasible. This problem is tackled by the ADS which we are developing where we coil the antenna, and once the satellite is deployed into the orbit, the antennas are uncoiled.

Star Tracker Based Attitude Determination System (STADS) is one of the most accurate ways to predict a spacecraft’s orientation/attitude in space. It uses an imaging sensor to take a picture of the sky in its view and compares it with a pre-existing database of images taken from the earth’s frame. It utilizes an image processing and matching algorithm to make this comparison four times in a second and provides data regarding the orientation of the satellite. This allows the team to control a satellite actively. It is also designed to be demonstrated on PS4-OP.

GLEE stands for Great Lunar Expedition for Everyone which is an initiative of the University of Colorado Boulder, where they aim to station multiple chipsats on the moon. As the name suggests, chipsats are basically PCBs (Printed Circuit Boards) the size of mobile phones! We have collaborated with them and are currently developing a chipsat with some experimental payload to be sent on the moon.

The Ham Radio Club of IIT Bombay is also a part of the Student Satellite Team and serves as the outreach branch of the team by communicating with satellites and encouraging the students to participate in amateur radio activities. The HRC organizes several events and activities in the institute to facilitate the students in joining the field of ham radio. Some of these events are  Antenna Making Sessions, Satellite Tracking Sessions, etc. The Ground Station Segment is working on establishing a Ground Station at IITB. The club organizes a Ground Station Workshop every year, to share the learnings of the team with the students outside the institute who wish to set up a satellite program or ground station in their college. The workshop received an excellent response last year with an attendance of more than 80 colleges. Our efforts bore fruit and some of the participants achieved success in establishing a ground station in their institute.

The team is headed by one or two Project Managers and an Assistant Project Manager. System Engineers are appointed for each system who help the PM and APM with system level development of the project. Then there is a big team working on different subsystems.

We are guided by our faculty advisors and have regular reviews with them. We work in a lab provided by the Aerospace Department.

Recruitments are conducted every year for the intake of fresh candidates at the beginning of the even semester. The process begins with an orientation session where some details of the work done by the team are presented. Interested students are provided with reading material to make them familiar with the diverse subsystems and projects of the team. A written test is followed by  a personal interview where the students are asked about their interests, motivation, and approach to problems. The students who qualify the interview are then given a mini project for a duration of three weeks to familiarize them with the work culture of the team.

For sharing knowledge with others in the space research community and taking their feedback on the progress made by the team, it becomes very essential to present the work at conferences. The team presented various papers and posters at the International Conference for Small Satellites held early last year in Hyderabad. Some of the members got the opportunity to present the team’s work at the Harbin Institute of Technology in China. Many concepts like the ADS were presented on this platform and it gave the team a chance to get valuable feedback on their work. The members have also had the chance of meeting some eminent scientists like Dr. K.Sivan, Prof MV Dhekane. Experiences like these are surely something that motivates the team and helps them realize that the effort put in by them is worth it.

Value Addition to the Team Members

Students joining the team gain a lot of technical knowledge throughout their journey with the team. As a senior member, one also improves upon their managerial skills as they have to lead the junior members and make critical decisions. The team believes in an efficient knowledge transfer process and practices stringent rules in terms of documentation, quality assurances, writing email updates, etc. Thus, one also develops such skills which are quite necessary for their future professional life.

Impact on the Student Community

The team has had a very positive impact on the student community all over the country through its work. Several colleges have started their own satellite projects taking inspiration from IITB’s team and have made good progress in encouraging students to pursue a career in space sciences. Many of the team’s alumni have pursued higher studies in the field of aerospace and are currently working at good positions in the industry. It has also motivated a number of people to establish start-ups in the field of space technology.

The team was founded with the vision of transforming IIT Bombay into a Centre of Excellence in Space Technology. Pratham was one of the first-ever projects of its kind in the country. The feeling of elation that the team members experienced after its launch and the pride that every single member of the team takes in Pratham is priceless and a source of constant inspiration for the team. These are the things the members work for, the work that aligns with our vision making us stay relevant in the current space scenario of the world.